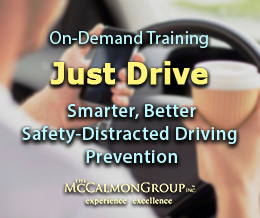 Malwarebytes recently released its annual "State of Malware" report, which found that malware threats targeting Apple's Macs are growing much faster than threats against Windows.

According to Malwarebytes, Macs experienced an average of 11 threats per computer compared with 5.8 threats per Windows computer. Mac threats increased by more than 400 percent last year, while Windows threats only increased by one percent.

Businesses bear the brunt of the increase in threats. In fact, the report stated that consumer threats actually declined by two percent but threats targeting businesses increased by 13 percent—an increase of nearly one million attacks.

The CEO of Malwarebytes stated that the growth in preinstalled malware, adware, and multi-vector attacks shows that cybercriminals are becoming more creative and persistent in their campaigns. Pradeep "Apple Mac malware threats growing faster than Windows counterparts" mspoweruser.com (Feb. 11, 2020).

As source material above highlights, you cannot assume Mac computers and devices are no longer targets of cybercriminals.

Multi-vector cyberattacks use multiple points of entry to infiltrate a network. They are generally automated and small enough to go undetected by firewalls and security analysts. Although your protections may catch one attempt, others can succeed.

To protect your organization from multi-vector attacks, you must shore up your defenses in all of these areas. Consider implementing multi-vector cybersecurity software that protects against both application-layer and network-layer attacks. That way, if an employee clicks on a phishing email, your software will have multiple opportunities to block the threat.

Finally, your opinion is important to us. Please complete the opinion survey: